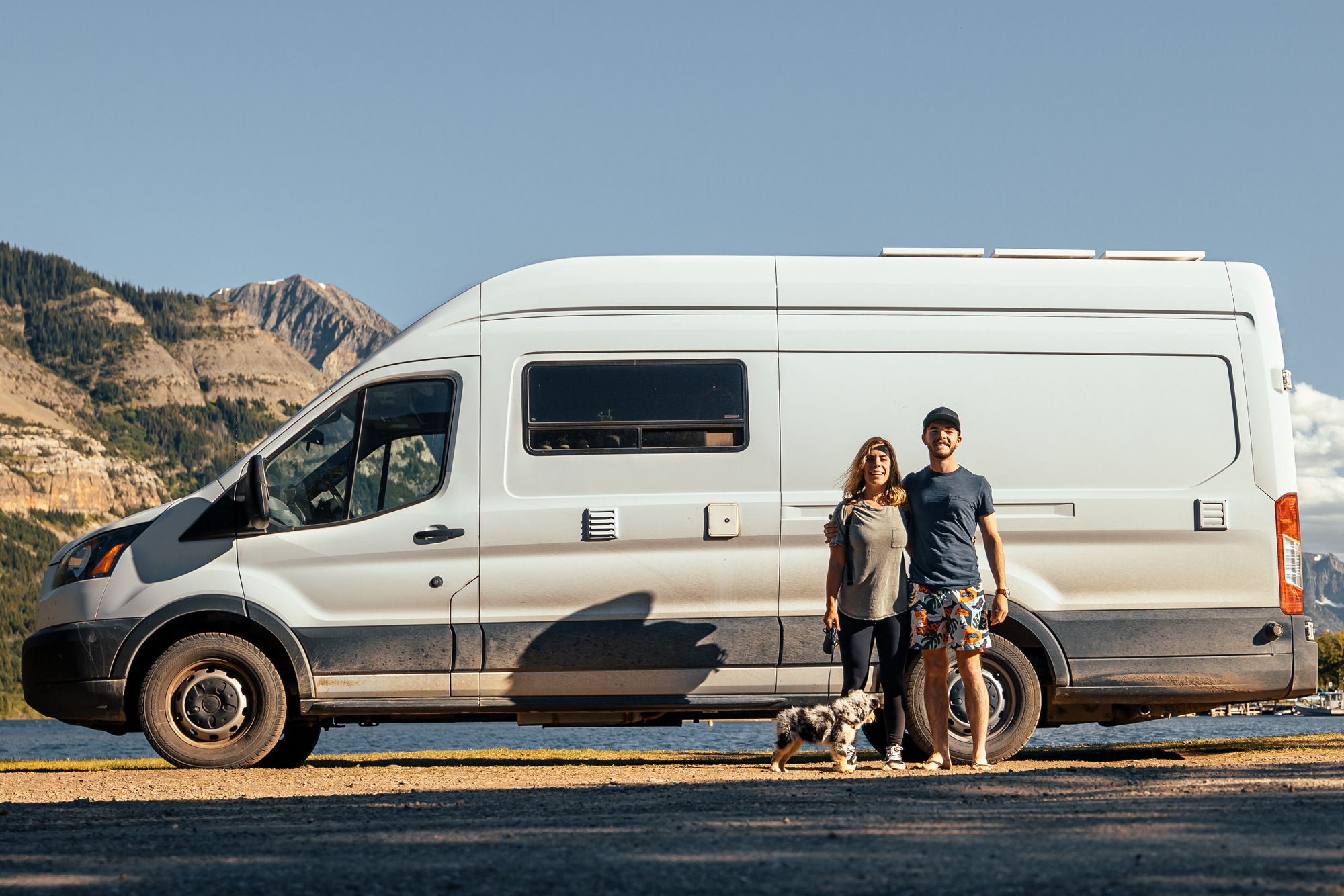 Ben & Nikki are both Commercial Photographers, Videographers and Content Creators living full-time in their self converted van they call “Wilson”.

Their home for over a year now has been a 2017 Ford Transit 250 (Extended, High Roof). Both previously vanlifers before they met, Ben and Nikki now share the small space together and have spent almost the entire time road tripping and exploring North America. 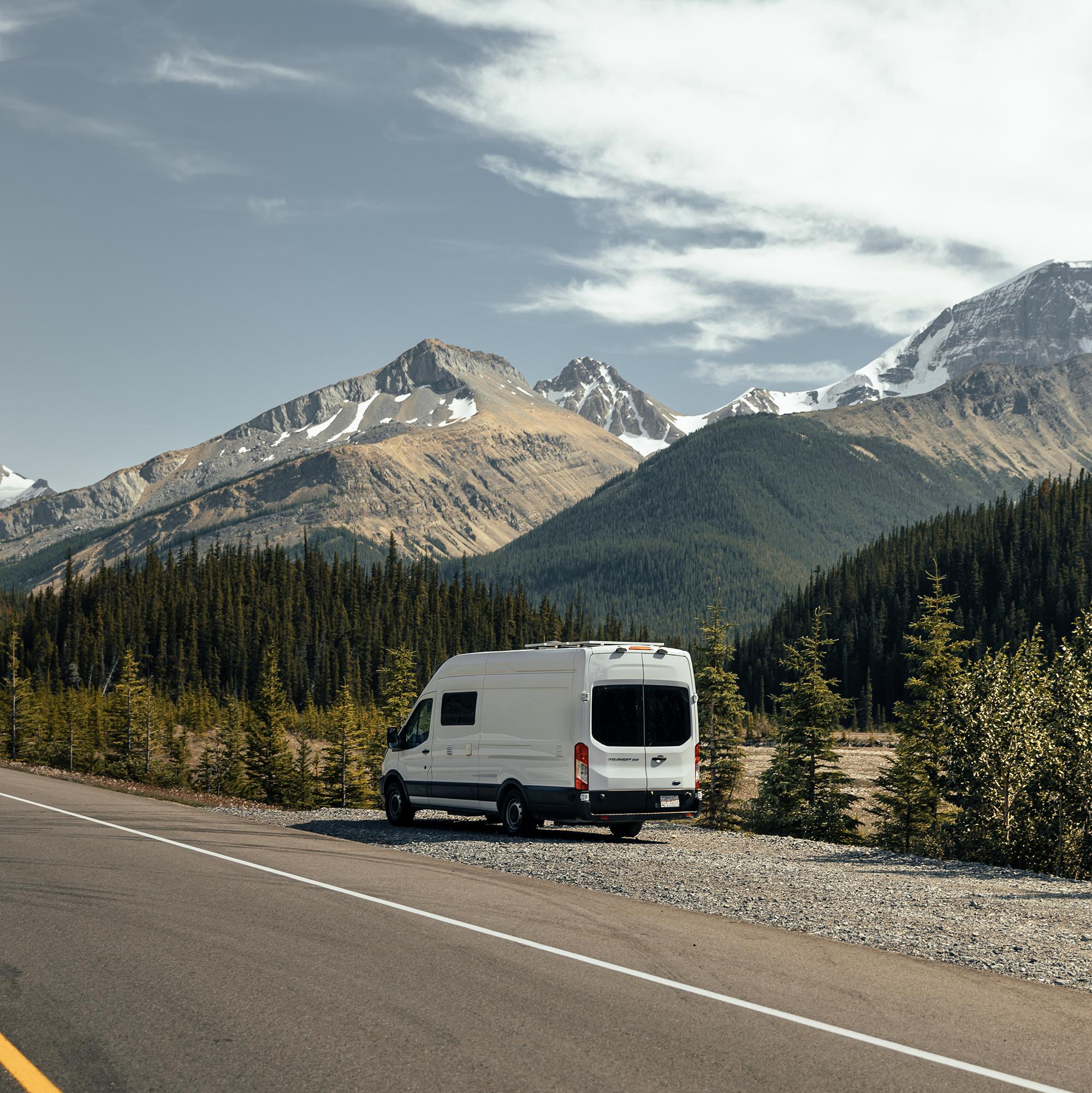 They are now sharing their home with an adorable puppy called Salem (named after Salem, Oregon – a town they loved the name of during their USA road trip throughout the Winter).

As Ben and Nikki are both self employed, and a lot of their work is online, having a strong and reliable power setup is really important to them. They’re frequently charging computers, cameras, phones, photo equipment and more, plus, they also really like eating healthy, so they “needed” to have a blender in their van! 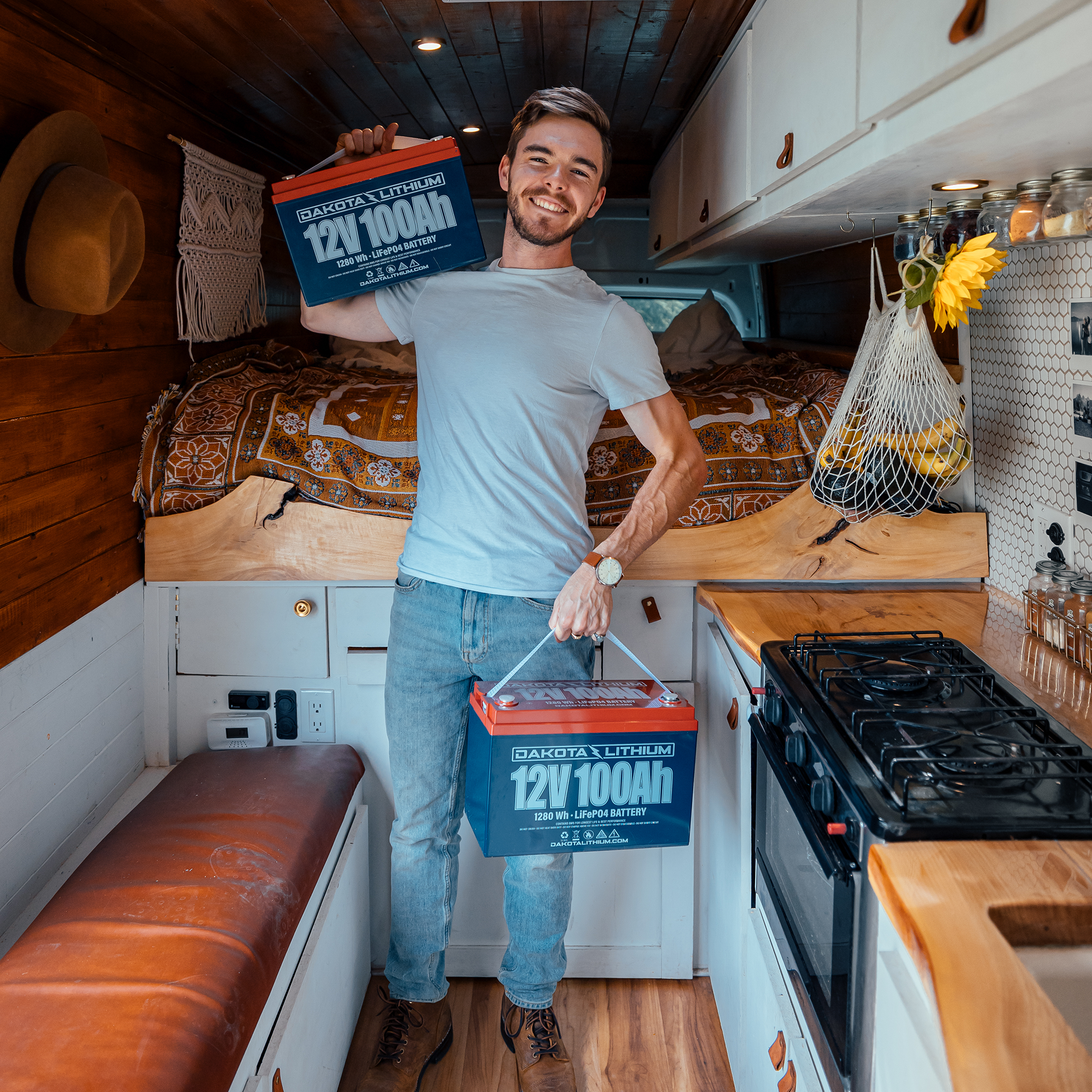 Vanlife was something they both experienced while traveling (before they met) and really caught their eye. Having the ability to have everything with you everywhere you go was really appealing to them. By living in the van full-time, they both save a lot of money on rent, electricity, and water bills, leaving more money for other things and future adventures!

Wilson has 3 x 100W Solar Panels on the roof, which through an MPPT Charge Controller, is connected to their 2 x 100Ah Dakota Lithium 12v Batteries. They also use alternator charging via 2 x 30A Victron 12V-12V DC Charge Controllers to make sure their system is powered up from their road-trips, even on cloudy or rainy days. 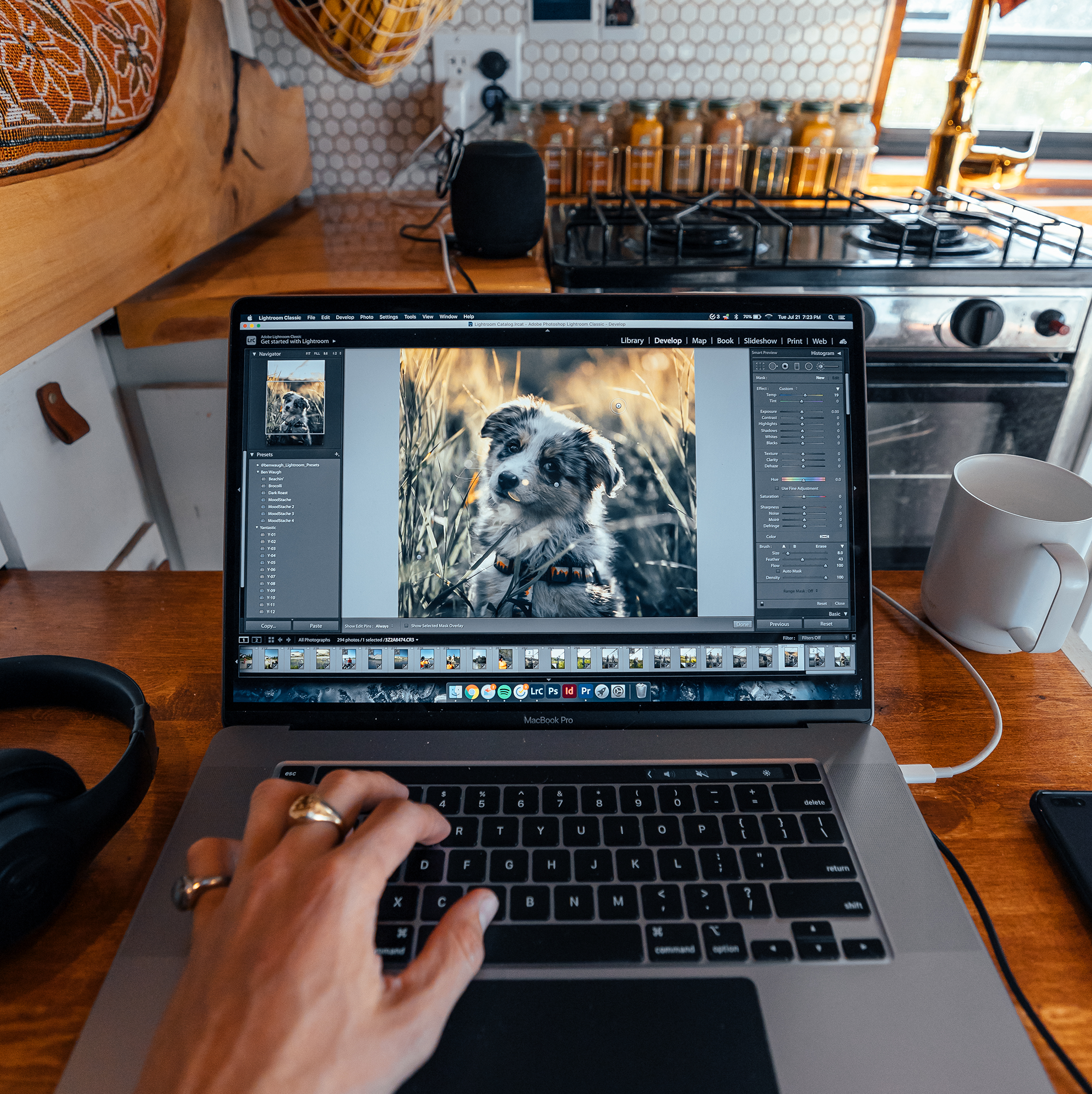 Switching their system to Lithium was a game changer for them, they no longer need to check their battery level multiple times a day, just to make sure their system will be usable. Lithium allows them to go further, adventure more, and worry less.