I have been doing a lot of testing with Lithium batteries these days, both on the ice and off trying to find the best way to calculate exact run time based on devices connected. I am doing this not only for my own benefit, but also because I continually see many asking what is needed to run Lowrance Active Target in their system power-wise, both on the water and in portable ice applications. Well, I am getting better and better at determining a way to calculate run-times, but I wanted to address a statement that I read the other day as to is it fact or myth, namely that “I can get twice the life out of the battery by simply turning down the brightness half-way”.

Well, the answer with a HDS-9 Live unit is yes, one can get nearly twice the hours of use by  decreasing the brightness 50%. 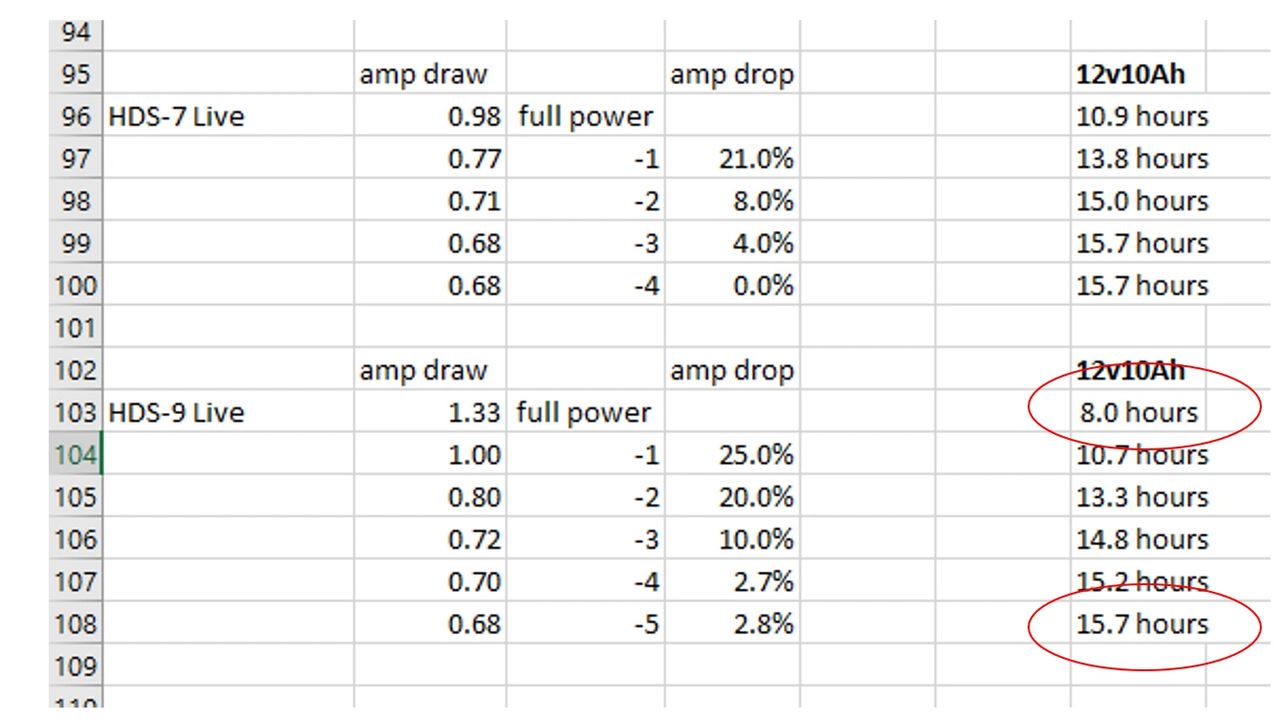 But regardless, the main point is that adjusting the brightness of the screen can make a big difference with battery life, particularly with the that first “click”, as that makes the largest impact of power consumed regardless of the screen size.

What Size Lithium (LiFePO₄) Battery Do I Really Need on My Boat?